A distinction is drawn between Absolute Gravimeters, which measure the local and
instantaneous gravity, and Relative Gravimeters, measuring local variations of gravity in time
or gravity differences between observation sites.

The present state-of-the-art allows for a signal resolution up to 0.00001ppm (parts per
million); for illustration: this corresponds 0.1mm in relation to the distance of 10 000km from
the equator to the earth pole.

In Geophysics we determine gravity g for:

In Metrology we determine g for

The absolute gravimeter FG5 is installed in the Walferdange Underground Laboratory.

The FG5 operates by using the free-fall method. An object is dropped inside a vacuum chamber (called the dropping chamber). The descent of the freely-falling object is monitored very accurately using a laser interferometer. The free-fall trajectory of the dropped object is referenced to a very stable active-spring system called a Superspring. The Superspring provides seismic-isolation for the reference optic to improve the noise performance of the FG5.

The fact that the measurement is directly tied to absolute standards kept at all of the national and international laboratories around the world is the reason why the FG5 is an ABSOLUTE GRAVIMETER. Absolute standards of length and time provide the means to achieve a calibrated gravity value that does not drift over time. 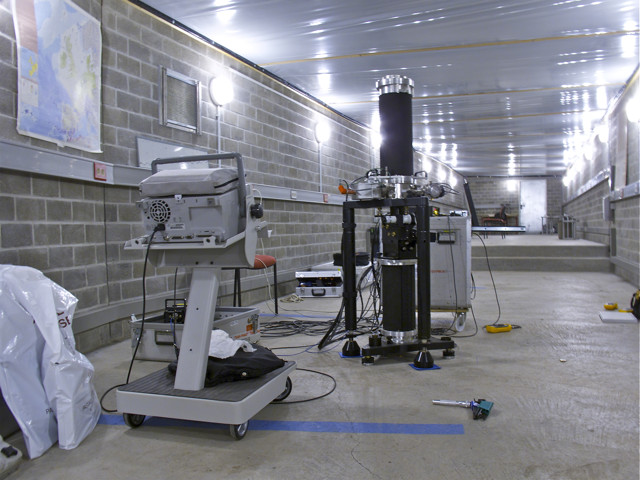 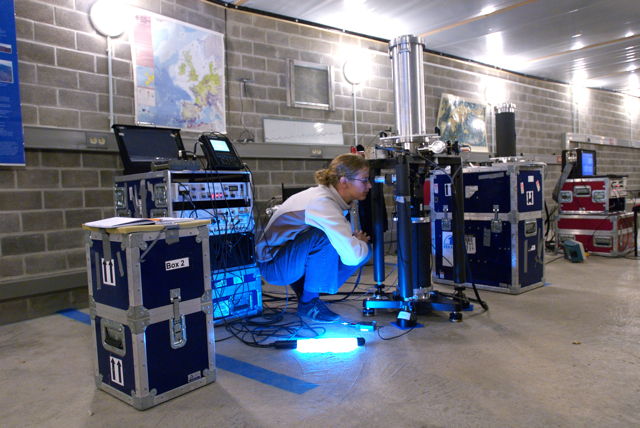 The GWR Superconducting Gravimeter records gravity changes due to the deformation of the Earth from tidal forcing, tidal loading, atmospheric pressure loading, and seasonal changes in water storage.

Changes in gravity result from changes in the Earth’s mass and or vertical deformations of the Earth’s crust.

What do we learn about the Earth from these observations? The amplitude of the tides tells us about what the Earth is made of and how the tides of the ocean circulate. We learn how continental water moves around the planet and learn about climate change (how ice mass varies with time). 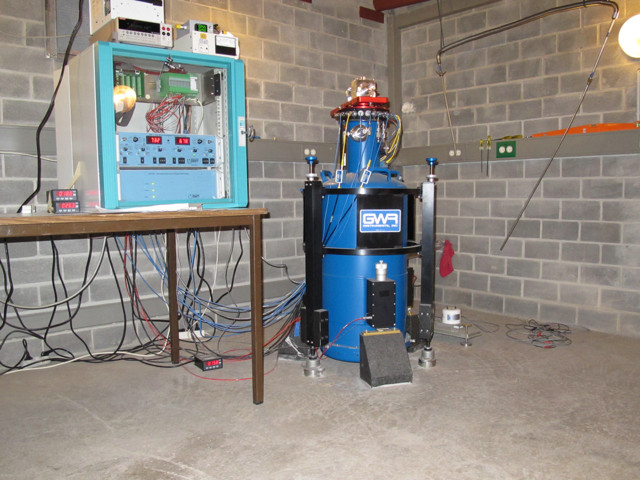 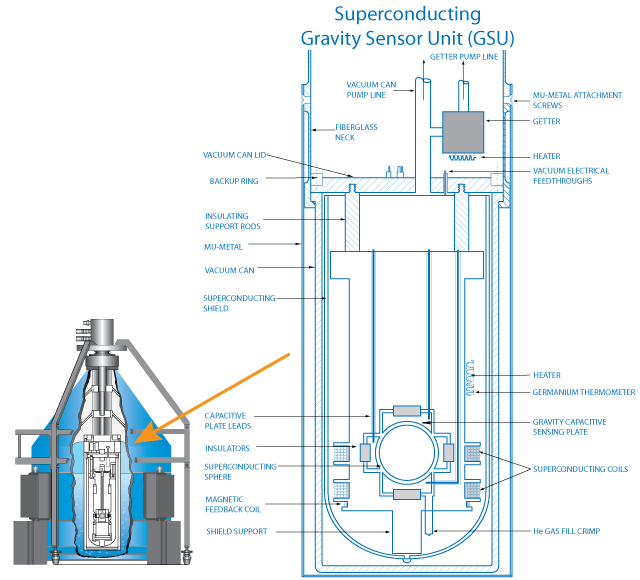